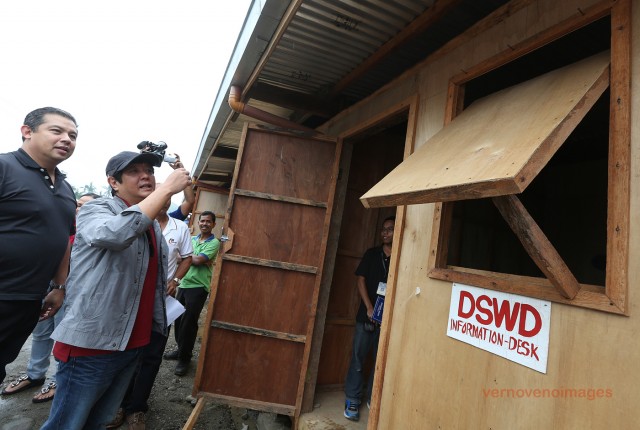 Solons hit Soliman for inability to give Yolanda survivors houses

“Incompetence and insensitivity are trademarks of this administration. All this time, we have been saying that the flimsy and graft-ridden bunkhouses are not the answer. Then the bunkhouses were incomplete! Now that the Pope (Benedict XVI) is coming to visit, double time sila?! Incompetent and insensitive,” Ilagan said.

“The government should expedite the rehabilitation efforts already. We cannot be content with the assurances of government agencies that money had already been released for the purpose. The people need to see for themselves that help is present and their homes are theirs for the keeping,” Ridon stressed.

Tinio said “family that survived the worst disaster in recent memory has perished as a result of government incompetence and neglect. Government’s failure to provide safe temporary housing endangers the lives of thousands of Yolanda victims.”

“The incident brings sadness, as the fire lasted only for a few minutes. The Rehabilitation Czar (Panfilo Lacson) and agencies concerned should double time and exert extra effort to speed up the construction of permanent homes,” Tugna for his part pointed out.

Romualdez, head of the House independent minority bloc, said he hoped that the government would give more focus in responding to the housing needs of the survivors after the tragic incident.

“I call on the Aquino government to at least give equal priority to the rehabilitation of ‘Yolanda’ victims, especially in Leyte. The construction of new shelters is at snail’s pace and we hardly hear anything about it,” said Romualdez.