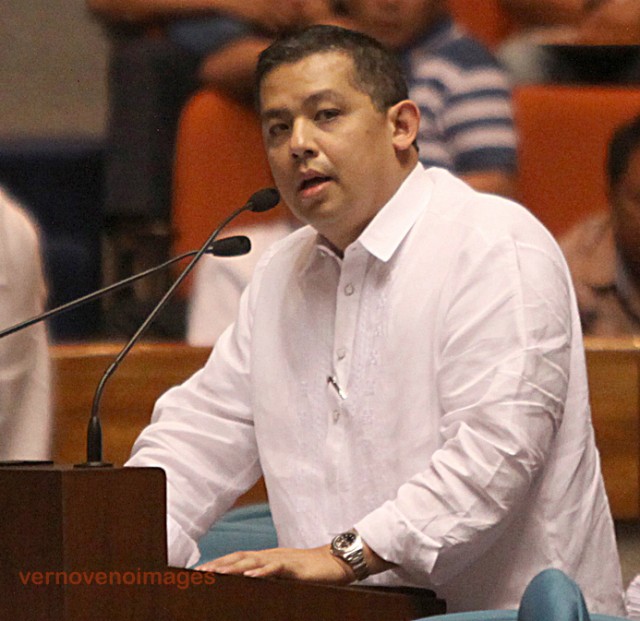 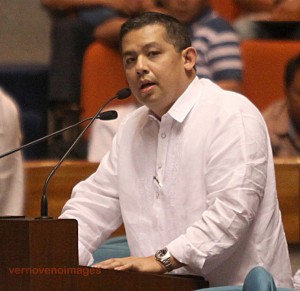 Politics behind case vs binay

TWO House leaders yesterday questioned the timing of the filing of plunder charges against Vice President Jejomar “Jojo” Binay and his son Makati Mayor Junjun Binay, saying politics could be behind the move.

Leyte (1st  District) Rep. Ferdinand Martin “FM” G. Romualdez and Valenzuela City Rep. Sherwin Gatchalian said the plunder case against the Vice President came on the heels of the filing of impeachment complaints against President Benigno Aquino III.     “The timing of the filing of the complaint against the Vice President is very suspicious and we cannot discount political angle on this matter,” Romualdez, head of the House independent minority bloc, stressed.

“Remember the Vice President is a runaway winner for the presidency if elections are held today, he will always be a consistent subject of attacks,” Romualdez added.

Gatchalian, a stalwart of the Nationalist Peoples Coalition (NPC) allied with the majority bloc in the House of Representatives, hinted that the plunder complaint against Binay could be a counter-offensive by a “special operations group” working within the government but operating outside the chain of command.

“It really makes one suspicious that amid the series of impeachment complaints against the President, a plunder case against VP Binay is suddenly filed with the Ombudsman and with full media coverage. No matter how you look at it, one cannot help but be suspicious of the timing of the plunder case,” said Gatchalian.

He said that while he has no doubt that Vice President Binay can very well defend himself in the Ombudsman, it still puzzles him how the Save Makati Movement, the local group behind the plunder case against the Binays, can muster massive media publicity without the support of an outside force that has the funds and expertise to earn media mileage.

Gatchalian noted that the filing of the complaint came just after the release of the results of a Pulse Asia survey showing that VP Binay was the leading choice for president in the 2016 elections.

“Since VP Binay remains to be the man to beat in 2016, he is a natural target of attacks, including special operation of covert groups out to derail his presidential bid,” Gatchalian said.

The Save Makati Movement on Tuesday brought plunder and graft charges against Vice President Binay, his son Junjun and 23 others over the alleged “unconscionable overpricing” in the construction of an 11-story parking building that the city government supposedly built for P1.56 billion.

In a complaint filed in the Office of the Ombudsman, lawyer Renato Bondal and Nicolas Enciso VI, of the Save Makati Movement, claimed that the New Makati City Parking Building on F. Zobel Street in Barangay (village) Poblacion was arguably “the most expensive parking building in the entire country.”