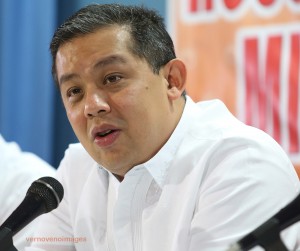 Romualdez: 2nd term for PNoy self-serving
• August 14, 2014
• Written by Ryan Ponce Pacpaco
• Published in Top Stories
LEYTE (1st District) Rep. Ferdinand Martin “FM” G. Romualdez, leader of the House independent bloc, said a second term for President Benigno Aquino III is self-serving, even as he predicted that the people would be against the proposal.
“Should the President support a call for his second term, it means he disregarded his own principle because of the desire to stay in power,” Romualdez said.
This developed as opposition and administration lawmakers expressed opposing views yesterday on the President’s openness to Charter change to clip the powers of Supreme Court (SC) and hints of seeking a second term.
Buhay Hayaang Yumabong party-list Rep. Lito Atienza and Abakada party-list Rep. Jonathan de la Cruz, both members of the Romualdez bloc, slammed the Chief Executive, saying he should not divide the nation.
“It just confirms what the public has been fearing that all along starting with the Bangsamoro Basic Law framework, proposed amendment of the economic provisions and the strip tease over the 2016 elections were part of a grand plan to lull and deceive our people and divert attention from the grave problems facing the country and our people,” said De la Cruz.
For his part, Atienza said “Charter change to improve economic provisions, yes, but to tinker with term limits, no.”